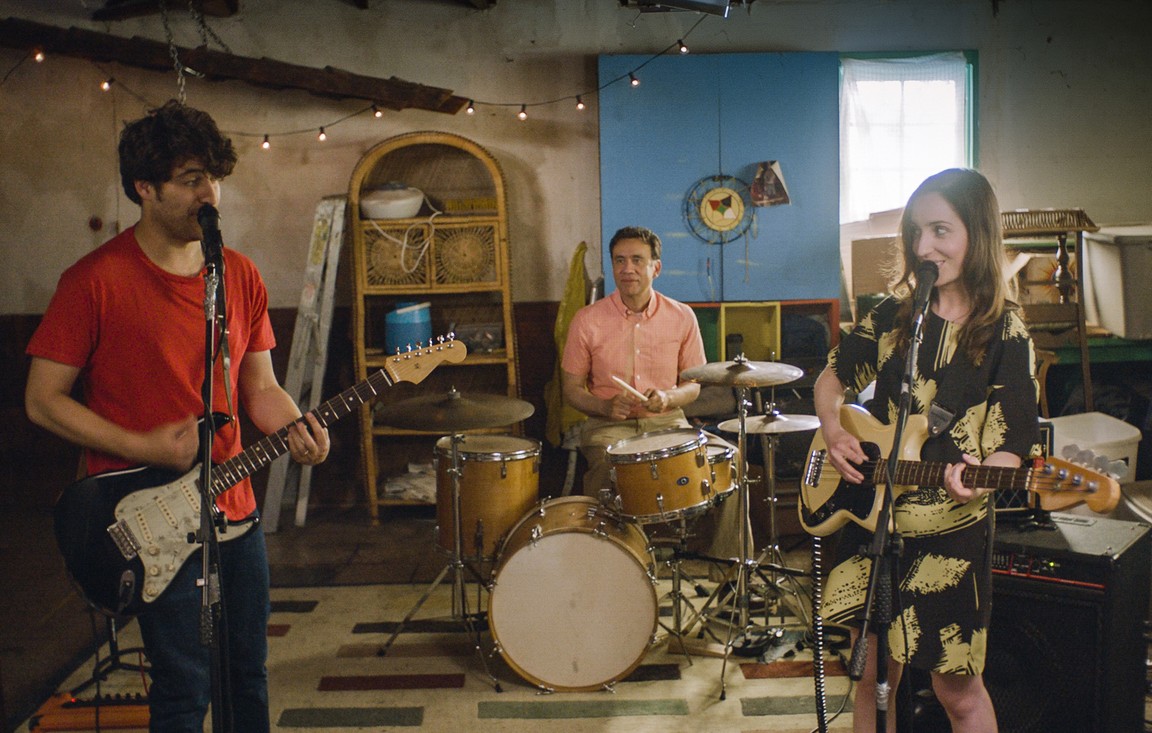 Consider a narrative that begins with a fight between a husband and wife.

It’s no less subtle in its execution than the repetitive shouting matches that hound their relationship. With this premise, viewers can surmise that this story will be about a failing relationship, with only two possible endings in sight: either the couple fixes their marriage, or they get divorced and move on, possibly ending as friends or strangers.

Band Aid could have easily gone this route. Instead, writer, director, producer Zoe Lister-Jones veers away from this predictable plot, and pens a more fitting story for a married couple who are both artists and share the same sentiment invoked by failure. Sure, they always fight, like many other couples do, and one might easily find their squabbles to be petty. He gets annoyed because she constantly asks him how she looks; she gets mad because he doesn’t give her any compliment at all. Big deal, right?

Such things, though, trivial they may be, unquestionably tap into familiar territory. Many couples fight over even more trifling things. Anna (Zoe Lister-Jones) had a failed book deal before she became an Uber driver. Ben (Adam Pally) is a visual artist-turned-logo designer, who really does nothing at home except sleep on the couch, play video games, or smoke weed. They’re both losers, as Ben notes at some point. Perhaps their arguments are more of a result of their frustration with themselves than with each other.

It all begins with dishes sitting unwashed in the sink.

“It’s just one dish,” Ben says, and we are given a shot of what is clearly not just one dish. Anna gives voice to our thoughts, albeit in a rude manner: “I don’t know if you’re blind or just legally retarded,” she tells her husband. Their argument culminates into a shouting match where they scream “Fuck you!” at each other repeatedly, until they begin harmonizing. This turns the exchange of expletives into some kind of a sing-off. Here is a couple arguing over unwashed dishes, but their crude exchange tickles rather than deafens. This works as an interesting premise, and it taps into the artist inside the two main characters.

Amid all this fighting that’s perilously close to becoming routine, Anna is struck by an idea. “What if we turn our fights into songs?” she asks at one point, and sure enough, that’s what they do. Soon they dig out their guitars, and they sit down and discuss what songs they should write about. This is immediately followed by a rather tense exchange of opinion on each other, veiled in a pretentiously courteous brainstorming session. But they eventually find a more creative outlet for their anger, and the moment the couple begin vocalizing, the film smoothly carries us along with its shift in tone.

Their neighbor, Dave (Fred Armisen), is a recovering sex addict who later becomes their drummer. Later on they begin putting melody to their squabbles, and, sure enough, this idea works. Lister-Jones, besides penning the script, directing, and producing, also co-wrote the songs with Kyle Forester. Most of the entertainment comes from the dialogue, but the songs, which find their inspiration in the couple’s absurd arguments, are cleverly written and address some issues the couple has in a lyrical manner.

The narrative digs deeper and tries to address issues other than marital arguments.

There is more to their bickering than just unwashed dishes and nagging wife and lazy husband. At one point gender divide is addressed, an issue which Ben’s mother explains in detail. Perhaps this, along with the fact that they had a miscarriage, is the bigger cause of their seemingly endless fights. Both Ben and Anna clearly have not yet completely dealt with their frustrations in life as individuals and as a couple. Ben is a man, Anna is woman; they are bound to express their disappointments in entirely different manners. This admittedly feels a bit of a cliché (and it doesn’t seem to echo Anna’s thoughts at one point in the film, where she suggests that she and Ben exchange clothes, as it all feels too heteronormative).

Lister-Jones and Pally work well together on-screen, and their crackling chemistry keeps the film from falling into sentimentality. They deliver punch lines as powerfully as they do heavily emotional lines. Both of them lend depth to their characters without overdoing it.

Band Aid is filled with fun moments, but it is also insightful in its exploration of the married life. It also excellently portrays how people arrive at different ways of dealing with life’s frustrations. The movie is a tale of a relationship on the brink of collapse, but is thankfully saved by the couple’s ability to turn the negative into positive, which ultimately draws them back together. It’s a film that is neither cute nor deep, but delightful enough thanks to the actors’ performances and the songs. The music makes it worth watching until the end.

Josh is a book lover first and foremost, and fancies himself a film connoisseur, although his taste in films sometimes seems questionable. He is also a huge fan of Batman, minimalist aesthetic, and indie pop.

This site uses Akismet to reduce spam. Learn how your comment data is processed.